Why is school screening important? 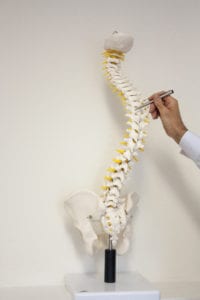 Scoliosis is easier to treat if spotted early

School screening is an important way to reduce the number of people who eventually require scoliosis surgery since scoliosis tends to be noticed first amongst school age children. In addition, like many conditions, scoliosis is much easier to treat when it is spotted early.[1]

In fact, it’s not just school screening which would be beneficial – any kind of environment which has a high percentage of young people, aged roughly 8-15 in particular, would be an excellent place to implement a screening program. It’s already the case that many clubs and organisations involved with activities which seem to carry a higher risk of scoliosis (such as ballet or gymnastics) do either offer some form of screening or have invested in specialist scoliosis awareness training for their staff.

In fairness, it should also be mentioned that some schools in the UK have begun to offer scoliosis screening on an independent basis – but it’s also true that many of these are private schools, meaning that some of the least well-off children in our society have a far lower chance of benefiting from screening. A well organised, national program would go a long way to remedy this imbalance.

What does screening cost?

The only real argument against implementing a nationwide screening program is that it would cost too much. There’s no question that today school administrators have a harder time than ever in deciding where to spend their allotted funding, but the existing research does show that the real world cost of screening is very low.

In fact, this data has been available for quite some time – a detailed financial analysis on the cost of scoliosis screening was conducted between 2000 and 2006[2], with a view to understanding the total cost of all the factors included.  During the period of 1-1-2000 to 14-5-2006, 6470 pupils aged 6–18 years old were screened at schools for spinal deformities. The examiners were properly trained Health Visitors and occasionally Orthopaedic and General Medicine residents and Physiotherapists. The number of examiners who were involved in the program and their working hours, their salary on an hourly basis and the expenditures required for travel etc were all considered.

During the study period, 20 examiners were involved in the program. The total number of working hours was 602, which was used to calculate staffing costs based on hourly pay. In total, the study showed that average cost for the examination of each child for the studied period was just £2.31[3]

Is school screening in the UK viable? 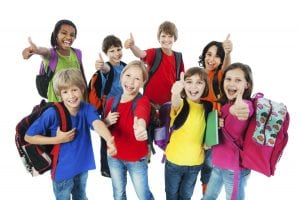 School screening is inexpensive, and easy to implement

Although the above study sampled only a small number of children (given the number of children attending school each year in total) the cost of screening was still shown to be very low. It is also important to remember that a nationwide screening program would doubtless benefit from economies of scale and would likely offer an even lower cost per child.

By way of comparison, it is worth considering that a spinal fusion for the typical right thoracic deformity seen in scoliosis costs around £1500 per vertebra, meaning that just one spinal fusion operation can total nearly as much as the cost of screening nearly 6500 students. Of course, by screening the students, scoliosis is detected earlier, allowing much more cost effective (and less invasive) non-surgical treatment, such as bracing or scoliosis specific exercise to be used.

What can I do?

If like us, you would like to see school screening introduced across the UK, there are several proactive steps you can take:

[3] The figure given in the original study in is euros (2.24€.) we have adjusted this figure for inflation, and performed a currency conversion to arrive at this figure.