Perhaps one of the most common questions we are asked about scoliosis is simply “what causes scoliosis” – a quick google search yields far less information than you might think since in many cases the answer is still “we aren’t sure”. At the UK Scoliosis clinic, we like to provide all the information we can, however, so here’s a bit more detail on the latest thinking as to what does and does not cause scoliosis.

What does cause scoliosis?

While research is ongoing, it’s a sad fact that it’s still not possible to say for sure what causes the majority of scoliosis cases. At this point, however, there are 5 major possibilities to consider: 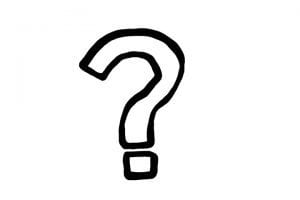 80% of scoliosis cases are idiopathic – which means we don’t really know the cause!

Scoliosis can be a frustrating diagnosis, especially for many parents, since in young people at least 80% of cases are what’s known as “idiopathic” – this literally means “without known cause”.  There is much research going on to determine the case of scoliosis, but (as unhelpful as it might be) we’ve put this answer first because when dealing with young people, it’s overwhelmingly likely to be the answer. To all parents reading this, we can at least reassure you that the presence of scoliosis is certainly not an indicator that you “did something wrong” – all of the evidence so far points to a genetic cause or one of the following other conditions.

Today, treating idiopathic scoliosis is easier than ever before- and with specialist clinics like the UK Scoliosis clinic, success rates are very high.

If 80% of scoliosis cases (in children) are idiopathic, that leaves about 20%. Of this 20 %, neurological or congenial causes are one of the major possibilities. Scoliosis can be a symptom of conditions such as Cerebral palsy or Muscular dystrophy or of Genetic disorders like Marfans syndrome and Downs syndrome.

Congenital scoliosis begins as a baby’s back develops before birth. Problems with the formation of the bones which make up the spine (called vertebrae), can cause the spine to curve. The vertebrae may be incomplete, fail to divide properly or develop in an abnormal shape. Doctors may detect this condition when the child is born but it is also often detected during scoliosis screening.

Depending on the underlying condition, different treatments will be required to achieve the best results.

It is generally accepted amongst the scoliosis treatment community that having a family history of scoliosis does predispose you to a higher risk of developing scoliosis yourself. This is common with many conditions, so seems like a reasonable assumption. Since we don’t know the exact mechanism which causes scoliosis, to begin with, it’s also hard to say for certain that genetic inheritance is certainly a risk factor, but it seems highly likely. Possible genetic markers for scoliosis are one of the most intense fields of research at present, so hopefully, we will know more soon.

Possibility number 4 – Degeneration of the spine 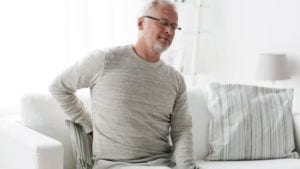 Degenerative scoliosis is very common in the over 60’s

“De-novo” or degenerative scoliosis is a common form of scoliosis, which affects nearly 40% of the population over 60. Unlike childhood scoliosis, de-novo scoliosis is well understood. It’s the result of the gradual degeneration of the spinal bones due to wear and tear with age.

Many of the same treatments used for idiopathic scoliosis are effective in slowing and preventing de-novo scoliosis from developing.

Non-structural scoliosis might be apparent on a short-term basis as a result of a condition causing significant inflammation, such as appendicitis – over the long term, factors such as a leg length discrepancy can cause the spine to curve as the body tries to compensate.

It’s possible (but not confirmed) that some activities which involve significant distortion to the spine may cause scoliosis. At least one study has suggested that dangers and gymnasts are up to 12 times more likely to develop scoliosis than individuals who do not participate in these activities[1] – but it’s important to remember that correlation does not necessarily mean causation.

What does not cause scoliosis?

While many of us associate young people with poor posture – and scoliosis can cause postural issues, there is no evidence which suggests that having poor posture can actually cause scoliosis (although it is much more strongly associated with kyphosis – read more about that here).

While it has been suggested that childhood injuries could be responsible for scoliosis, there is no strong evidence to suggest this is the case. While recent research has suggested that being involved in impact sports, or even “heading” the ball too much when playing football could predispose the cervical spine to degeneration later in life[2] there is no evidence that scoliosis can result. 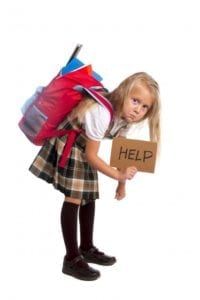 Heavy backpacks don’t cause scoliosis (but should be avoided anyway!)

For some time, some researchers have suggested that certain diets may help to improve scoliosis. Although there is currently no evidence which suggests that diet can improve scoliosis, at least one study has noted that many idiopathic scoliosis patients also have lower selenium levels than normal.[3] While this is an interesting observation, there is nowhere near enough evidence to suggest that selenium deficiency or any other nutritional factor is responsible for scoliosis.

While heavy backpacks are to blame for many childhood spinal complaints, (ideally, keep backpacks to less than 10% of body weight) scoliosis isn’t one of them. Similarly, while it’s best for patients with scoliosis to avoid uneven loading of the spine (so carrying a backpack on one shoulder isn’t a good idea) there no research to suggest that carrying your back this way can cause scoliosis in the first place.